Your quote is currently empty.

Stay in the know!

The story of John and Roxanne Daldy’s mobile shower, bathroom and toilet hire company is the perfect example of how to grow two successful family businesses off the back of one idea.

Back in 2004, Roxanne’s dad, David, was a builder based in the Victorian goldfields city of Bendigo when he stumbled upon a model of a mobile bathroom at a showroom event.

“It twigged something in him,” Roxanne says.

“He was doing a lot of bathroom renovations for clients, and he thought a mobile bathroom business would complement his renovation business as people could use the mobile bathrooms while the house was being renovated rather than borrowing from the neighbour.”

And so Betta Bathroom Hire was born, growing steadily each month via referrals, and inspiring Roxanne and John to establish a similar business in their part of the country.

“We saw the success of their bathroom hire business, and we wanted to get in on it,” John says.

So John and Roxanne established a complementary business from their home in Victoria’s North East that hired out similar bathroom and toilet facilities. Their business was called Shepparton Mobile Bathrooms.

“We were not in competition with Mum and Dad as we serviced different areas,” Roxanne notes.

Before too long, business was booming for both couples. In fact, John and Roxanne could not get their hands on enough mobile bathrooms, so they approached Australian Portable Toilets for a solution.

“We bought some toilets and showers from them, which essentially is the same thing as a bathroom when combined,” John notes.

“We have been working closely with them ever since.”

Two years ago, Roxanne’s parents retired, and she and John took over the second business, folding their Shepparton Mobile Bathrooms into Betta Bathroom Hire. 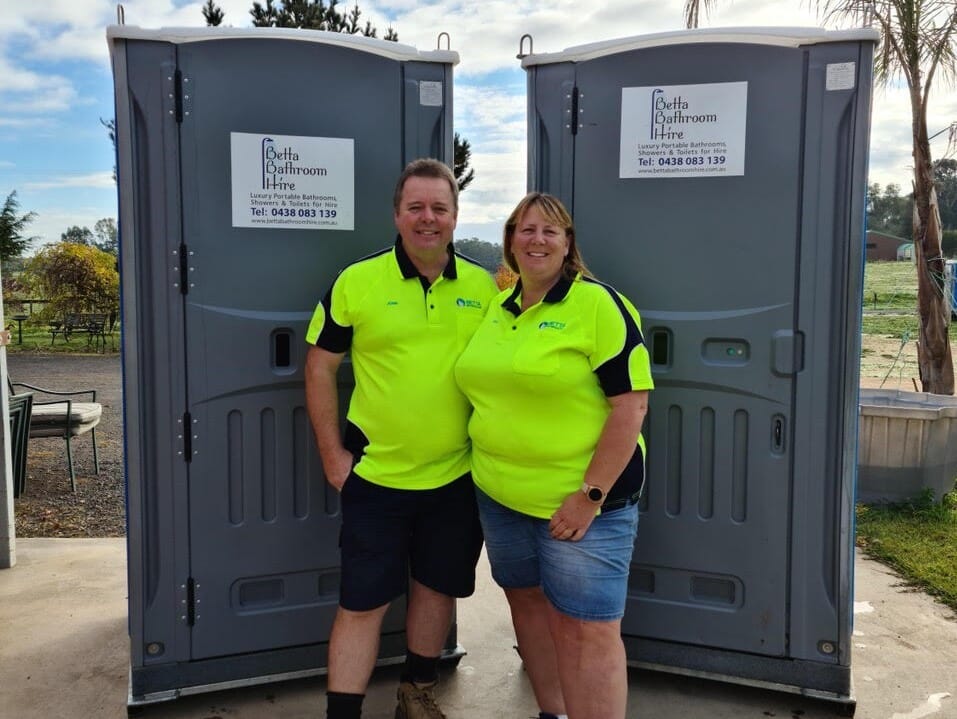 “It got to the stage where Mum and Dad wanted to retire and the business had just gotten too much,” Roxanne says.

“No one expected it to be so big.”

Betta Bathroom Hire now hires out toilets for big events, such as weddings and parties, and showers to homeowners renovating their properties. Most of John and Roxanne’s equipment is sourced from Australian Portable Toilets.

John and Roxanne service large tracts of Victoria, including central and North East Victoria, with the occasional job in Melbourne.

“We are very happy with where we are at; we have grown quite significantly,” John says.

The couple’s relationship with Australian Portable Toilets goes back at least a decade, and as John puts it: “we have seen them grow and they have watched us grow, too.”

John is particularly impressed with the longevity of the products.

“We bought some original toilets from Australian Portable Toilets some 12 or so years ago, and they’re still in a really good condition,” John says.

“Loyalty to a supplier may not exist as much these days, but if I find something that works then I will stick with it.”

Roxanne agrees and is impressed by the level of customer service she receives when sourcing new products.

“There have been times when we have asked them for a product to be ready to be picked up in two hours, and they have made it happen.”

As for the impact of the COVID-19 pandemic, John and Roxanne are thankful for a couple of silver linings, having picked up two new contracts as a result of social distancing restrictions, including one job for an olive farm.

“We recently sent a lot of showers up to Mildura for the olive farm’s seasonal workers,” Roxanne says.

“Owing to COVID-19, they have to supply accommodation for all their pickers and supply them each with a separate toilet and shower in case someone gets sick.” 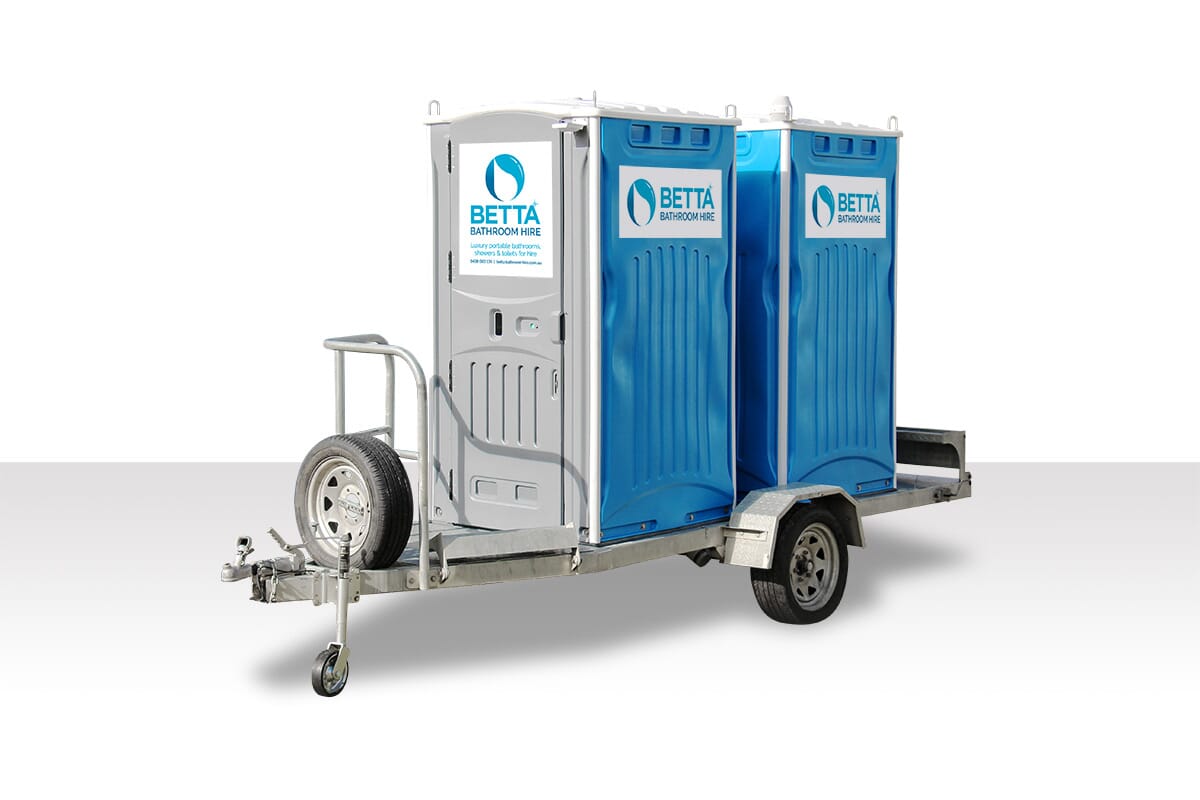 While John and Roxanne are surprised by this new demand in bathrooms and toilets for quarantine purposes, they can see a potential new market opening here.

“Things are changing in terms of how people use facilities, so there could be opportunities there.”

This story was written by Johanna Leggatt. Johanna is an Australian journalist with more than 15 years’ experience in both print and online. She has worked across a wide range of subject areas, including health, property, finance, interiors, and arts.

TO ADD MULTIPLE ITEMS TO YOUR QUOTE, PLEASE FILL QTY FIELD THEN CLICK ON "ADD TO QUOTE"